Apart from foreign bodies, our immune system is also responsible for detecting and destroying abnormal cells, such as cancer cells, aging cells and mutated cells. .

Our immune system is a complex network of various organs, cells and signal molecules that your body employs once it detects a threat. One major component of your immune system are white blood cells.

There are many different types of white blood cells, and Natural Killer T Cells (NKT cells) are one of them. Here, we’re going to look at what NKT cells are and how they can be used as part of cancer therapy.

What Are Natural Killer T Cells?

In our bodies, cancer cells are cells that have developed abnormalities in the way they grow. Cancerous cells mutate to lose their ability to replicate correctly, thereby overgrowing and causing serious problems for the body.

In a healthy immune system, white blood cells will be able  to detect and eliminate these types of cells fairly early on in their growth, thereby preventing their proliferation.

One of the white blood cells that are important in the detection and elimination of cancer cells is known as Natural Killer T Cells.

NKT cells switch between various roles during the process upon interaction with cancer cells and in response to various signal molecules.

Apart from targeting cancer cells, NKT cells are also involved in the first line defense against infections. This means they’re one of the fastest white blood cells to reach areas of your body infected with dangerous viruses, bacteria, fungi and others. 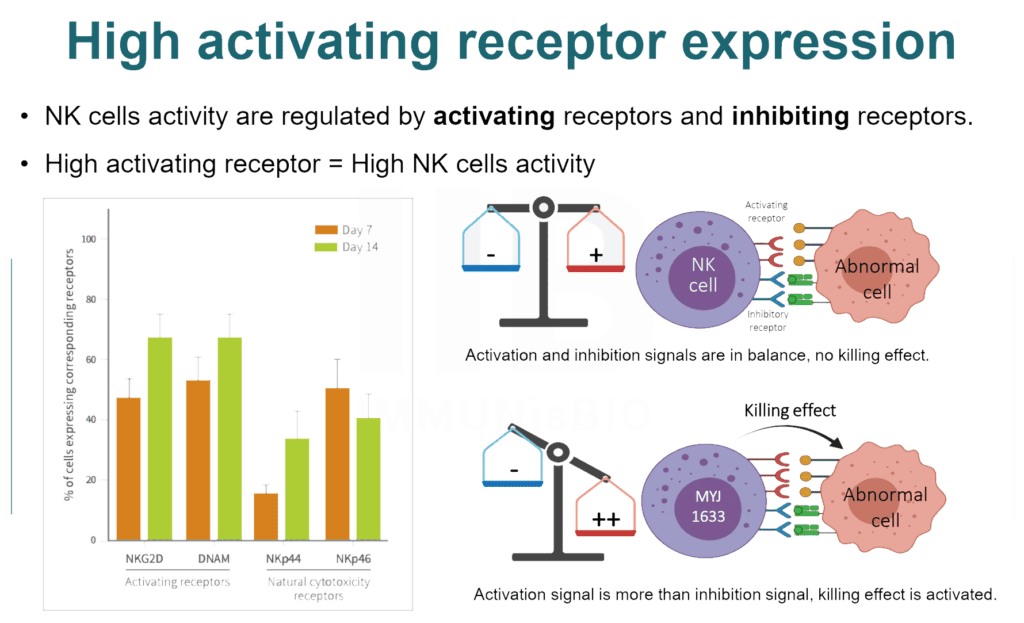 Immunotherapy is an umbrella term in medicine, whereby certain therapies are administered to the body in order to strengthen or suppress the immune system.

In certain cases, immunotherapy is carried out to prop up a person’s immunity so that they can fight infections or cancer.

Researchers have proposed different methods to strengthen a person’s own immune system against cancer. One of the most recent strategies suggested has been immune cell therapy.

Once they have been activated, they are reintroduced into the individual’s body in order to strengthen the existing immune system.

NKT cells have been one of the proposed cells in this strategy, and much research has been done to establish their effectiveness and safety. 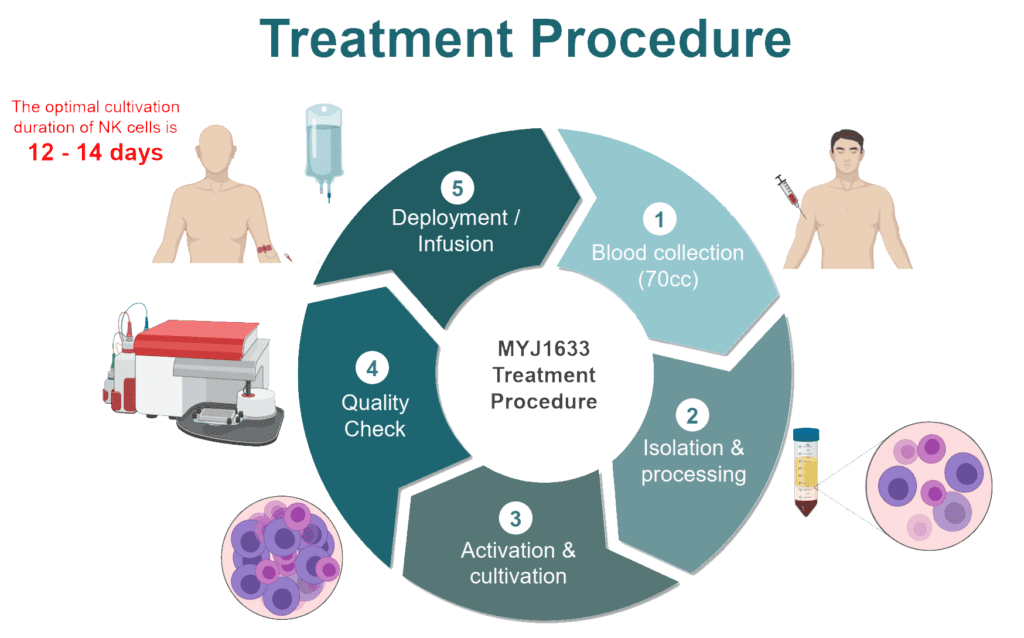 The Benefits of NKT Cells as Immune Cell Therapy

Modern cancer treatments are a combination of many approaches and strategies.Usually, they involve various chemotherapy drugs, radiotherapy and surgical procedures.

Researchers are always finding new ways to treat cancer that are less invasive, have less side effects and are more effective.

Immune cell therapy in general has been found to:

In addition to its benefits against cancer, cell therapy with NKT Cells is also able to provide:

Natural Killer T Cells as immunotherapy have been studied by a team from the College of Medicine, Catholic Kwandong University in South Korea. Their NKT cell isolate, called MYJ 1633 has shown significant promise when tested against cancer cells.

Their method for isolating and implementing NKT cells as an immunotherapy tool involves the following steps:

As mentioned before, NKT cell therapy can be used for various applications which are not limited to just cancer treatments. Here are the recommended treatment plans for each situation:

The Effectiveness and Safety of MYJ 1633

MYJ1633 has earned several certifications, particularly a certification and verification from the Japanese Ministry of Health, Labor and Welfare. It has also been patented in South Korea and has been in use for several years..

In 2019 alone, there have been 314 cases where MYJ 1633 was used successfully on solid cancer tumors, with a cytotoxicity of up to 90%. These include lung cancer, lymphoma, colorectal cancer, liver cancer, pancreatic cancer, breast cancer and more.

Apart from all forms of cancer, MYJ 1633 will also benefit the following people:

MYJ 1633 is an autologous product, meaning that it originates from the patient’s own body. Therefore, there are no additional animal products, genetically engineered products or chemical products added.

This natural immunotherapy product poses very minimal risk of any side effects or complications developing. Therefore it is an ideal choice as one of the preventive or therapeutic treatments to consider, especially for cancer.