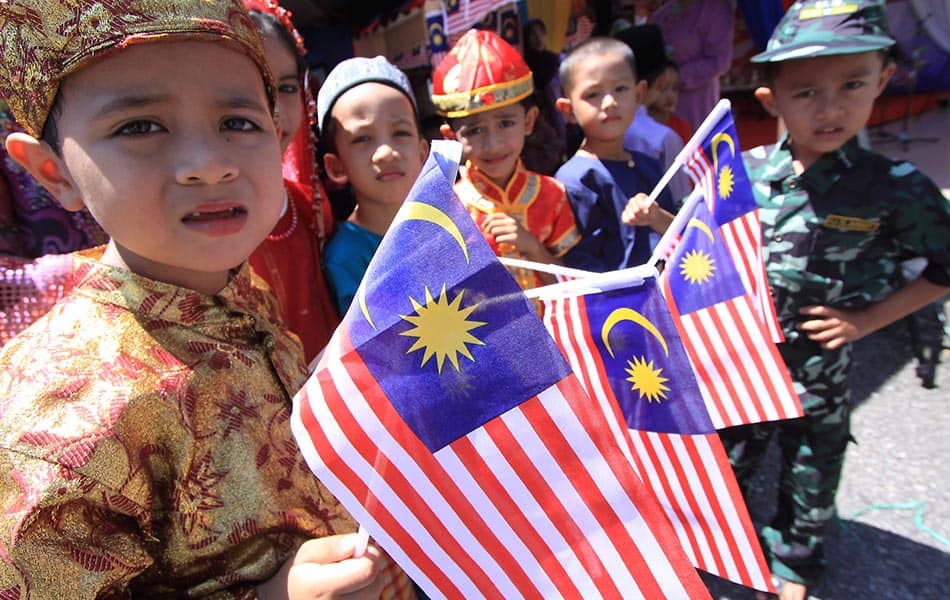 Childhood obesity is a serious public health problem affecting children and adolescents globally. Children who are overweight and obese simply have an excess of body fat but preventing and treating obesity are definitely not that simple.

There are different yardsticks used to define overweight and obesity such as body mass index {BMI=weight(kg)/heightxheight(m² )} and waist circumference. Unlike adults who are defined by BMI values alone, for instance, BM ≥25.0 but < 30.0 is overweight and BMI ≥30.0 as obese, it is more Complex in children. In children until 18 years of age, overweight is when the BMI is at or above 85th percentile for children of the same age and gender on the WHO BMI chart while obesity is BMI at or above 95th  percentile on a similar chart.

According to World Health Organisation(WHO) 2016, worldwide obesity has nearly tripled between 1975 and 2016. There were 1.9 billion of overweight adults (older than 18 years) and 1 in every 3 of them was obese. Over the same timeframe, the prevalence of childhood obesity quadrupled from 4% to over 18%. There were 41 million children under 5 years and 124 million children aged 5-18 years affected by the condition in the world. Data based on the 2011 National Health and Mortality Survey(NHMS) crowned Malaysia as the fattest nation in South East Asia with the highest prevalence of overweight or obese adults at 44.2%. By 2015, we became the fattest country in Asia at 51.2%. In the 2015 NHMS, the prevalence of obese Malaysian children below 18 years went up to 11.9% from 6.1% in 2011 and 5.4% in 2006. This means every 1 in 2 Malaysian adults and every 1 in 10 Malaysian children were either overweight or obese . The problem of childhood obesity is affecting every ethnic group in Malaysia with the Chinese leading the pack.

The causes and risk factors of obesity are complex , of which many are still unclear to the medical experts. In most cases, though, children are overweight because of unhealthy eating patterns and a sedentary lifestyle. There is also an interplay of genetic and environmental factors as well as biological causes.

Diet that is high in especially ultra processed food is made up of mostly simple carbohydrates and unhealthy fats. These energy-densed but nutrient-poor food is so easily accessible in our society today. Many fast food restaurants are offering larger portions of food as value meals. There is also the increased consumption of sugared- drinks replacing water – a common practice among the school children. Our country has undergone rapid urbanisation and economic growth especially over the past few decades which brought about changes in the economy, family structure and life styles including eating habits. Families are switching balanced and nutrient-rich traditional diets for affordable and easy- to-prepare modern high-caloried meals while compromising on the nutritional values. Thus, in Malaysia, childhood obesity equally affects both the rich and the poor. The rich families make poor food choices while the poor families consume the cheaper but energy-densed processed food.

Children are supposed to play in the outdoors for at least 60 minutes a day but due to the pressures of modern lifestyle, many are spending their time indoors with their electronic gadgets due to the increased in sedentary recreation. A huge majority of school children use motorized transport to school due to an increase in traffic hazards and for security reasons. There is also the lack of opportunities for physical activities, lack of parks and playgrounds in many communities especially among the urban population. 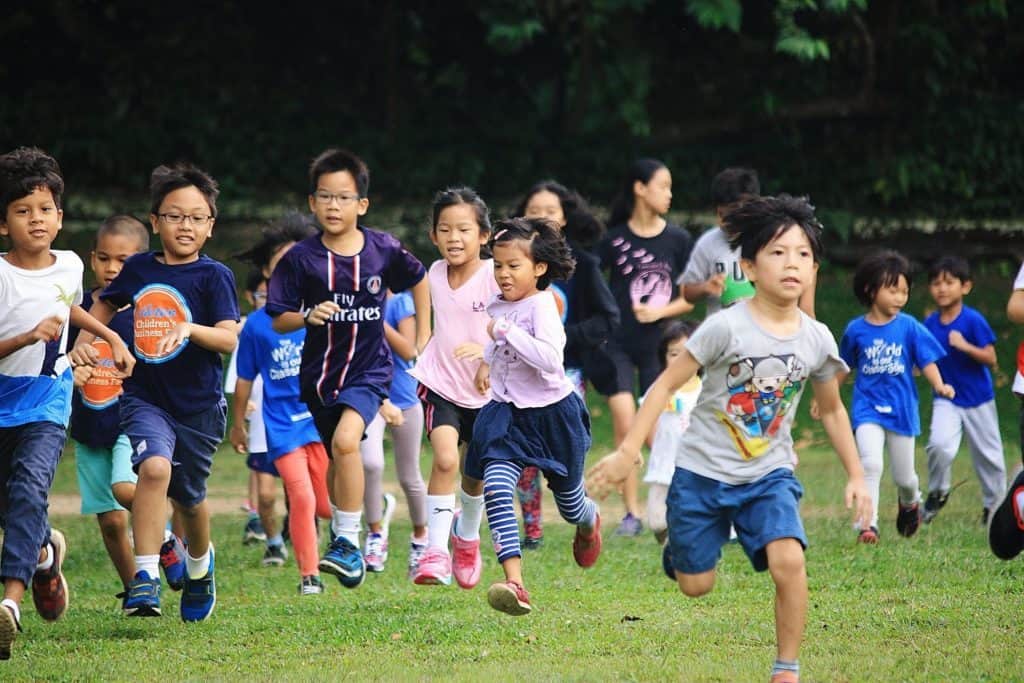 Children born to overweight or obese parents are more likely to be overweight or obese. Children with one obese parent have a 50% chance of becoming obese themselves while children whose parents are both obese have a 80% chance of obesity. People in the same family tend to have similar eating patterns, similar levels of physical activity and attitudes towards obesity. Because both genes and habits are passed down from one generation to the next, multiple members of the same family may struggle with weight issues.

Genetic has been said to be a non modifiable risk factor for obesity. However, newer studies showed that siblings born to obese women after they had weight reduction surgery were no more likely to be overweight than the rest of the population. The metabolic nature of this children was completely different despite being born to the same mother, supporting the concept that the intrauterine environment can alter gene expression and thus the future outcomes. This is one example of the impact of epigenetics- changes in the environment are able to modify gene expression rather than changing the genetic code itself.

Other Factors Contributing to Obesity

Although Vitamin D deficiency is typically associated with impaired bone health, in recent years it has been increasingly linked with increased body fat accumulation and obesity. One of the association was that Vitamin D deficiency impairs the secretion of leptin, a satiety hormone. There is also an increasing interest between the gut microbiome and childhood obesity. Babies who were not breastfed during infancy were also at increased risk of childhood obesity. Night time sleep deprivation is also associated with childhood obesity. Children who slept for 8 hours or less are twice more likely to be overweight or obese.

The extra kilos will start these children on the trail of non communicable diseases(NCD) such as hypertension, fatty liver disease, type 2 diabetes, cardiovascular diseases, sleep apnoe, joint problems , certain cancers and mental health issues and depression at an earlier age. Besides, overweight children are at a higher risk of becoming obese adults. The greatest health problems will be seen in the next generation of adults as the present childhood obesity epidemic moves on to adulthood. The costs to the health care, the losses to society and the burdens on the individuals and their families will be tremendous.

Overweight and obese children and teens are more likely to become obese adults than children with normal BMI. Besides, it is even more challenging for adults to shed those excess weight once they become obese. The management of obesity in adults is a difficult and often unsuccessful feat. On the hand, prevention of childhood obesity can be more rewarding, providing better opportunities to reduce long term health complications. 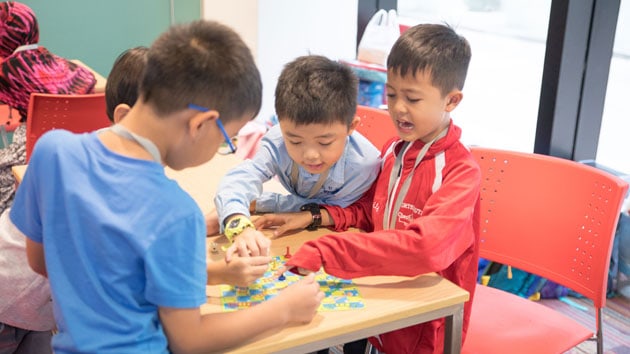 Interventions with emphasis on healthy eating and increased physical activities should be implemented as early as prenatal period to adolescence. The ”Developmental Origins of Health and Disease”(DOHaD) is a concept that links the state of health and the risk of disease in later childhood and adult life with the environmental conditions of the early life was developed from the work of Dr David Barker, the famous English epidermiologist in late 1980-ies. He first noticed that the poorest areas in England were the same areas with the highest rates of heart disease and proposed the relationship between prenatal nutrition and late onset coronary artery disease. He challenged the predominant idea of that time that heart disease was determined by lifestyle and genetic factors. His findings were replicated later in diverse human cohort studies from different continents and also in many animal models. Pregnancy outcomes can impact the wellbeing of asociety. This is the basis of the 1000 day initiative- beginning from a woman’s pregnancy until her child’s second birthday . The first 1000 days are when a child’s brain begins to grow and develop and when the foundations for his lifelong health are built including the risk of obesity.

For those of you who are planning to have healthy children, give your child the best environment he or she can have by preplanning your pregnancy with a caring doctor. Optimum preconception followed by prenatal nutrition will give your child a headstart in life. Close monitoring of the pregnancy is important for early detection of any medical conditions such as gestational diabetes or hypertension that may compromise the wellbeing of both the mother and the baby. During pregnancy, the mother’s diet, the rate at which she gains weight, her physical and mental wellbeing, her environment and her lifestyle habits have a powerful and lasting effect on your child’s health well into adulthood. These factors influence how your child’s metabolism, immune system and organ formation and functioning. Factors which increase the risks of premature birth and low birth weight will also have lifelong impact on his health. Choosing to breastfeed your child is one of the best gifts you can ever give to him. The latest national budget that announced the 90-day maternity leave starting year 2020 is definitely a right move to a healthier nation. Packed with antibodies, stem cells and other important properties, breastmilk builts his immunity and protects him from infections. Breastfeeding also reduces the child’s risk of obesity later in life. Breastfeeding also benefits the mother as it reduces the maternal risk of heart disease, breast cancer, ovarian cancer, diabetes and depression. WHO recommends that babies be exclusively breastfed for the first six months and then for at least 24 months , along with eating nutritious food so as to reap the best benefits for the mother and child. Early experience with different food and flavours will reduce the risk of feeding problems.

If you have a young child, teach and model healthy eating habits.  Eating a nutrient-dense and whole food diet is essential to provide most of the nutrients that his body needs. Everyone needs a personalised nutritional plan that must be tailored to his own needs as each of us is unique. A healthy diet consists of unrefined carbohydrates, good quality protein, healthy fats, vitamins,  minerals and phytonutrients. Teach your child to drink water and other healthy beverages with no added sugar. Monitor the rate of his weight gain to prevent excessive fat accumulation. Find a doctor who can help to provide information and counselling on good nutrition.

If your child is overweight or obese, please do not take this matter lightly.  Involve the whole family by getting everyone to start living an active life and adopt healthy eating habits. Please do not hesitate to engage the help of a medical practitioner in the journey to health.

Written by Dr. Chua May Wah